Anthropomorphic and half human half animal amulets, talismans and beads constitute a rare and special group of Burmese gemstone devotional objects. As far as we know, a few anthropomorphic amulets have turned up at the archaeological excavations of the Samon Valley and Pyu cultures, too.

In Early Landscapes of Myanmar, Elisabeth H. Moore published a photograph of just such an anthropomorphic bead, an object that is today in the collection of Win Maung in Burma, and which originates from Tatkon.¹ Reports of two similar amulets, from the so-called Srimathyakul Thai collection have been published in Australia. The 254 anthropomorphic gemstone objects in the Zelnik Collection can be divided into four subgroups: those that are full human figures (64 pieces), those that are heads (95 pieces), those that are half human, half animal figures (7 pieces) and very primitive shapes imitating the human form (88 pieces).

Some of these objects are connected to the Samon Valley and Pyu cultures, but the majority more likely originate from earlier tribal cultures in Burma, Southeast India and Indochina.

The tradition of talismans and amulets in Southeast Asia and, within that, of Myanmar has a history of several thousand years. The excavations of the cave-dwelling cultures of Northern Thailand, Vietnam and Myanmar revealed bronze, iron and shell beads and amulets dating from the period 7500-3500 BCE.² Most of the pieces from the Zelnik Collection presented herein were probably made during the period 1500 BCE to 1000 CE.

In the initially primitive, then more developed societies that took shape, people sought explanations for phenomena of a world that they found mysterious, the events that shaped their lives, including: birth, death, fertility, natural disasters (such as drought, rain, storms, earthquakes), shooting stars and meteorites; however, they also wished to find means of protecting themselves from wild animals, the various natural disasters, illnesses, at tacks from other tribes, both invisible and visible dangers.

As a result, they developed beliefs, myths and associated rites and ceremonies in which amulets, talismans and beads served as objectified instruments.

The anthropomorphic amulets and talismans were probably depictions of gods, superior personages in human form, or possibly rulers who provided protection, redemption and ‘divine powers’ to their wearers, allowing them to battle evil, cruel spirits and demons and to find solutions to the problems of their lives. Some of the amulets and talismans were probably also accompanied by rituals in which singing, changing and some primitive percussion instruments or drums, played important roles. The rites were used to express the desire for prosperity, happiness, health and wealth, to invoke good spirits, and in praying to gods and requesting protection. Similar ceremonies still exist today among the Southeast Asian jungle tribes and groups that live outside industrial civilization. 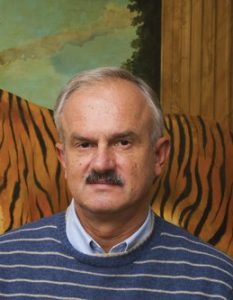 ‘Portraits of the gods’, busts and faces depicting protective gods, rulers and superhuman idols carved from gemstones and serving as amulets and talismans were another specific instrument in the myths and related beliefs and rites created to understand and control good and evil spirits and gods. Those ‘face of god’ medals depict the redeemer, the protector emanating an enigmatic power. The depictions of some of those faces are so expressive that they may actually be portraits of divine rulers or chieftains. Those strange, primitive tribal images of the faces of gods are highly suggestive, they reflect the ‘soul of the god’, presenting the strength of spirits and endowing supernatural forces with identities.

Among the anthropomorphic amulets, those associated with fertility deserve a special mention: their magic power assisted with pregnancies, the children that ensured the survival of clans, and they protected women and children.

In Southeast Asia, the most common ritual objects associated with fertility rites are phallic statues, amulets and talismans made from the teeth and claws of tigers or the teeth of other animals. The depictions associated with birth, of goddesses giving birth or pregnant, and the statues and amulets of goddesses with emphasized feminine features also belong in that category.

Of those objects, the Zelnik Collection features two gemstone talismans.

The half human half animal gods form a separate category within the collection of gemstone amulets. They were probably made to merge the good qualities and supernatural powers of the selected person and animal in order better to combat the evil spirits that menaced the individual and the community and to protect their lives and valuables. It is probable that those very special and rare talismans with magical powers could only be used by shamans, sorcerers and masters of ceremonies, firstly in order to prove their extraordinary abilities, and secondly to procure the cooperation of supernatural, divine forces in achieving the desired effect and manifesting the invisible supernatural powers. Finally, there is also a group of anthropomorphic amulets that are simpler, more schematic and more primitive in their depictions, where the contours merely hint at a divine human figure. In some cases, faces are merely indicated by a chiselled or etched V-shape.

In summary, we may conclude that anthropomorphic amulets and talismans are the relics of a vanished Southeast Asian culture, and that the myths and rites associated with them reflected the everyday reality of primitive societies: they are objects that exemplify the struggle of man in those times, his relationship with supernatural forces. Their depictions and the methods of their production exhibit a thorough knowledge of the materials and highly developed production skills, as well as a sophisticated aesthetic. These objects of art are a testimony also to the wealth and sophistication of culture in Southeast Asian, and more particularly, Burmese societies, both the primitive and the more developed ones. The masks and sculptures from the Southeast Asian jungle river valleys and highlands show many analogies and parallels with these special objects.